Top 7 most interesting places in Poland

It is best to start planning the most interesting trips in advance, and with the help of the Together school. We, as true patriots of Poland, have gathered for you several ideas on where you can go in order to truly explore all the beauties of our beautiful country.

Perhaps the most famous and photogenic lake of Poland is in its southern part, in the Tatra National Park. All this beauty is hidden between the mountains that encircle the lake almost around the entire square. The highest peak there is Rysy, which is also the highest one of all the Tatras (about 2500 meters).
Getting here is an adventure itself. The most obvious option includes a trip to Krakow, from there you can get to the village of Zakopane, where you can stay for a night in a cozy wooden house. Then, feel free to take one of the many buses going towards the main lake in Poland.
However, do not think that everything is so simple. It takes around 2 hours of walking to get to Morskie Oko from the nearest road. Another, slightly more bourgeois option is to use the services of horse-drawn carts that run to the lake. However, we recommend that you overcome this distance on your own, because the route runs through waterfalls, mountain trails, serpentines, and other interesting places.

You should agree the mere fact of going to Paradise [Raj. - polish] at the weekend and coming back then with a clear conscience commands respect. To make it completely interesting, leave a review on Paradise on Tripadvisor or Google Maps. Any ideas what is the place? It is easy, Jasmine Raj is the most famous and, perhaps, the most beautiful cave in Poland! To see it, you need to go to Świętokrzyskie Mountains, halfway between Krakow and Warsaw.  It is open to all comers from January to November.
Anyone can take a walk under the vaults of caves, between stalactites and stalagmites: a 180-meter tunnel can be freely explored by curious travellers.
There is also a small archaeological museum, which contains the remains of ancient animals, such as the mammoth or ancestors of rhinos, as well as household items of Neanderthals, Cro-Magnons, and other Homo Erectus.
Well, a little advice for those who plan a visit to Paradise: dress warmer, it is really cool in the caves.

Getting to the coastal town of Hel is an interesting activity itself. Just imagine a narrow strip of land in the Baltic Sea with a narrow road (it is also Highway to Hel). Nearby there are cities like Gdansk, Sopot, and Gdynia, and on both sides of the Helm Spit, there are only sandy beaches and dunes.

Hel is a tiny city, but it’s extremely pretty. The streets are saturated with provincial coziness, you can see houses with tiled roofs and lovely fish restaurants around. Therefore, it is not surprising that a summer vacation in Hel was always a must among the Polish nobility and the elite.

Do not think that Hel is only a beach holiday, because here you can find a lot of interesting things. An ancient lighthouse, which you can easily climb, museums in the building of the old church, a seal nursery (or the scientific "focarium") - everyone will find something they like. 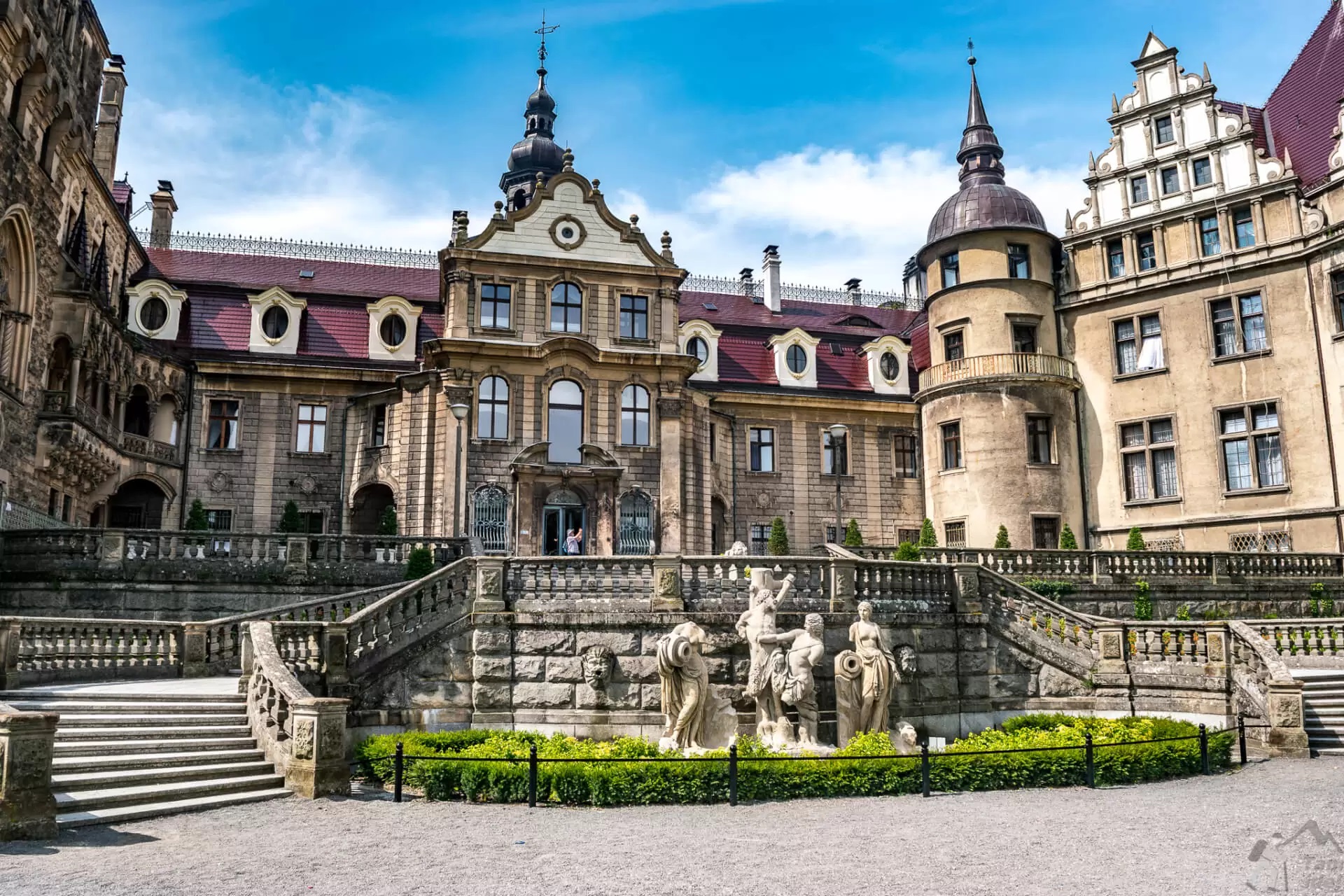 Perhaps the most photogenic castle in Poland can be found not in Krakow, Warsaw or Wroclaw, but in Upper Silesia, near the village of Moszna. To make everything quite interesting, it is worth saying that the Mosnensky Castle is not only beautiful but also has a rich history, because, according to legend, it used to belong to the Knights Templar.

The magnificent building, built in the style of architectural eclecticism, boasts not only a unique appearance and exactly 99 turrets, but also one very curious thing: you can easily stay here for the night.

Within the walls of the old castle not only a hotel is well-equipped, but everything around that can be useful to any self-respecting tourist: a spa, cafe, restaurant, and even a stable with a small zoo nearby.

By the way, there is a huge landscape park and the town hall, which hosts concerts of classical music, and part of the castle is reserved for the museum. It is also possible to take a tour of the most beautiful towers and explore the underground passages of the castle.

The next stop is one of the most comfortable and unique towns in Poland - Kazemizh-Dolny. It is tiny, but incredibly memorable. Once upon a time, business life was flowing and lots of trade routes were trough the city, but back in the 18th century, after the wars with the Swedes, the city gradually fell into decay.

As history has shown in the end, it was only for the benefit to the city: at first, the provincial and very cheap town was chosen by artists to live and create there. Afterwards, mineral springs were discovered here that helped Kazemizh-Dolny to experience the second wave of popularity.

In the bottom line, we have a well-preserved old Polish town, sources of mineral water, some gigantic number of artists and musicians. Last, but not least, you may discover some cozy restaurants and terraces in the old town, viewing decks, embankments, ruins of old castles, beautiful monastery and a very picturesque road, passing under the roots of centuries-old trees.

In order to make your life sparkling with new colors, we will tell you how and where you can find real colored lakes. How did they come about? Find out now! Quite a long time ago, to be completely accurate in the 18th century, there were a lot of mines near the Wielka Kopa mountain. Time passed, and they all became useless and closed, but the water in the places of extraction of natural minerals turned into a variety of colors. At the end it became a new place of attraction, which the Poles called "Kolorowe Jeziorka".

Thanks to this coincidence, now you can go to the Sudetenland and admire the stunningly beautiful and insanely unusual lakes. Don’t forget to take your camera to picture insane variation of colors, like emerald, azure, turquoise and gold. Those lakes simply has no analogs in the world.

All this beauty is near the border with the Czech Republic, surrounded by a huge number of natural parks, reserves, and the beautiful town of Jelenia Góra, which can be easily reached by train. 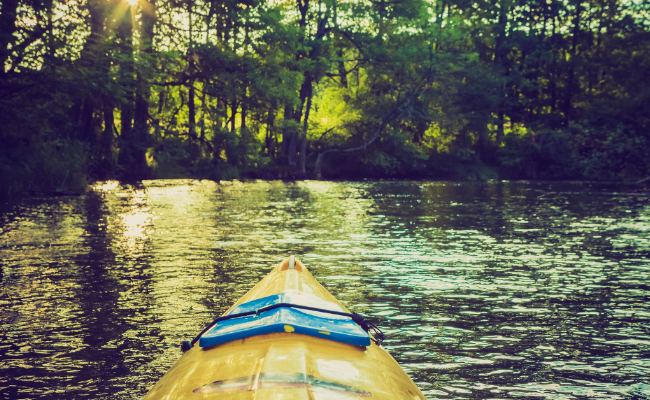 Krutynia is not only a great word but also an incredibly picturesque river. It is located between Warsaw and Gdansk, in the Warmian-Masurian Voivodeship, and, perhaps, the most beautiful kayak spot in the entire Europe.

It offers lovers of outdoor recreation about a hundred kilometers of stunning landscapes, rapids and river bends, a huge number of places where you can pitch a tent, as well as excellent eco-hotels where you can easily stay.

Sailing along the canoe route, you will see a bunch of interesting things, for example, the Mazurian landscape park and the squeaky forest and simply enjoy the untouched nature. To complete the picture, one must know the fact that Krutynia flows from the most famous lakes in Poland - Masuria. It also a must to discover this place, so keep in your mind to allocate at least a day for that.

However, you should not think that Krutynia is only about kayaking. There are roads for backpackers and cycling routes on rough terrain that will allow you to enjoy the local beauty even if you are not involved in kayaking. 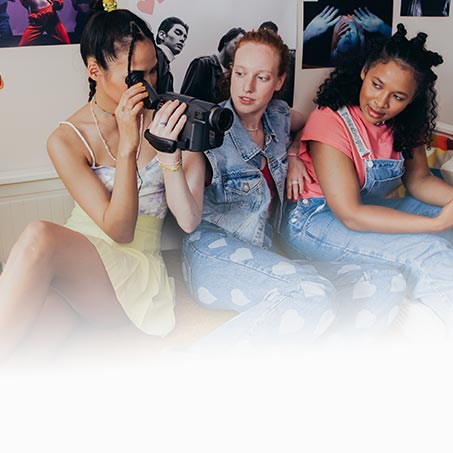 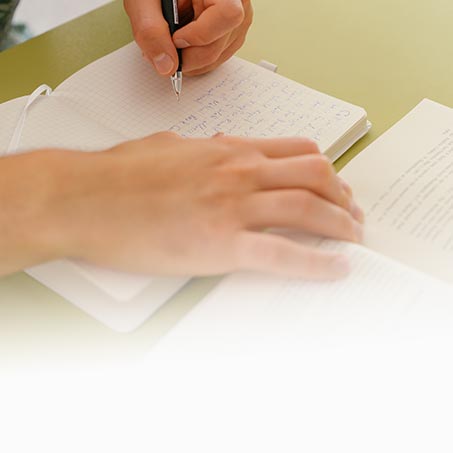 Mariensztat 8, Warszawa Starowiślna 1, Kraków Piotrkowska 60, Łódż Polityka prywatności Statut Akredytacja
This site uses cookies files. Using it without changing the browser settings means that you agree to use them. For more information, please see our privacy policy. I accept